The University of Chicago Center for East Asian Studies (CEAS) sponsors an annual prize of $250 awarded for the best University of Chicago B.A. thesis dealing with topics related to East Asia (China, Japan and/or Korea).  Starting in 2009, one prize has usually been awarded to a paper in the area of humanities and one in the area of social sciences.  The selection committee also considers the specific content, regional focus, and methodologies of annual submissions.  Preference will be provided to papers utilizing original source materials in an East Asian language.

This prize is named in honor of Asada Eiji, the recipient of the first Ph.D. degree awarded by the University of Chicago in 1893. Professor Asada went on to enjoy an illustrious career at the Tokyo University of Foreign Studies.

APPLY ONLINE.   Applications submitted by email or hardcopy are not accepted.

Peilun Hao, History
The Scramble for Rice in Wartime Shanghai, 1937-1945

2018
Gabrielle Dulys, East Asian Languages & Civilizations (EALC)
How to Speak Like an Otaku: Otaku Identity through the Lens of Self-Referentiality, Commodity, and Art

Elizabeth Smith, Laws, Letters, and Society
"We invited Shinzo Abe, but he was unable to attend." The First Conference of Museums Addressing the "Comfort Women" Issue

Michelle Shang, History
"I Almost Forgot I Was A Girl": Maoist Gender Politics and the Memory of Gender in the Chinese Cultural Revolution, 1966-1976

2016
Dake Kang, History
Not So Revolutionary: Soviet Insprirations and Military Justifications for the Planning and Construction of Beijing's First Subway Line, 1950-1969

Jeffrey Niedermaier, East Asian Languages & Civilizations (EALC)
I Shall Tell Both Home and Name: The Imperial Voice and the Yamato Political Imaginary in the Man'yōshū

2013
Sandra Park, History
Remembering the ‘Jerusalem of the East’: Recalling the Christian Heritage of North Korean in Light of the Recent Phenomenon of Christianization among Refugees from the DPRK”

2007
Christopher Chhim, International Studies
New Beijing, New Olympics, New Wenming: A Study of the History, Theory, and Practice of Civilizing Campaigns Up to the 2008 Olympic Games

Alexander Hsu, Religious Studies
The Means to Meaning: Viewing ‘The Journey to the West’ as Upaya

Kinh N. Ngo, Political Science
Out of Their Element: The Indochinese Refugee Crisis and Japan

Sonia Rupcic, International Studies
Toward a Comprehensive Theory of Civil Society: The Organic Movement as an Example of Japanese Civil Society

* In 2009 it was decided to standardize the award by offering a $250 prize to a paper in each of the divisions of Humanities and Social Sciences. 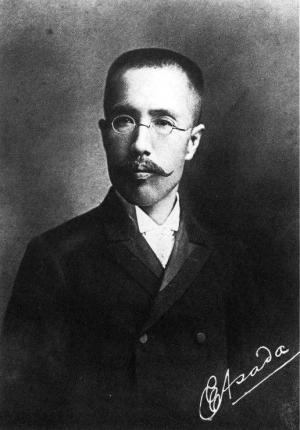