The Tetsuo Najita Distinguished Lecture series was launched in 2007 by the CEAS Committee on Japanese Studies to honor the legacy of Tetsuo Najita, Robert S. Ingersoll Distinguished Service Professor Emeritus of History and of East Asian Languages and Civilizations, and his contribution to the university during his long career.

Educated at Grinnell College and Harvard University, Tetsuo Najita joined the faculty of the University of Chicago in 1969. His many publications on Japan’s early modern and modern intellectual history include Hara Kei and the Politics of Compromise (1967), which was awarded the John King Fairbank Prize in East Asian History, and Visions of Virtue: The Kaitokudô Merchant Academy of Osaka (1987), which won the Yamagata Bantô Prize. Since his retirement in 2002, Tetsuo Najita has continued his work. In 2008, he published a new work in Japanese on the topic of “doing intellectual history,” and in 2009 the University of California Press published his most recent monograph in English, Ordinary Economies in Japan: A Historical Perspective, 1759-1950. This impressive body of scholarship, which combined theoretical rigor with rock-solid research, and which was ordered by the assertion that historians must always engage with the moral and political issues of our time, served as an inspiration to the many undergraduate and graduate students whom he trained.

In addition to this distinguished record of scholarship and teaching, during his thirty-three year tenure at the university, Tetsuo Najita dedicated much energy to building the Japan Studies program, while playing a leading role within the History Department and the Social Science Division. He served as Director of the Center for East Asian Studies from 1974-1980, Master of the Social Science Collegiate Division from 1984-1987 and Chair of the History Department for 1994-1997 and in spring 2001.  Please visit the CEAS In Memoriam site to learn more about the legacy of Testuo Najita.

Read about the past lectures in our event archive. 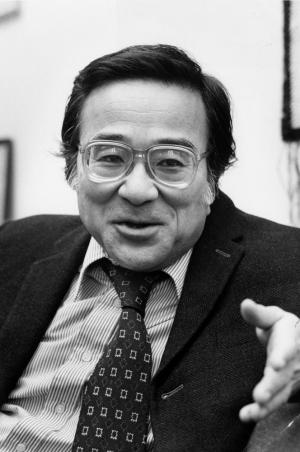