Japanese intellectual history has commonly been narrated as a chronological development from the past to the future.  However, since the disaster of the Fukushima nuclear power plants on March 11th in 2011, the concept of “development” has come under more critical review and the search for a new style of narrative of Japanese intellectual history that focuses less on chronological development and more on spatial differences has gained more significance.  Professor Naoyuki Umemori of Waseda University calls this new style of narrative “topographical analysis of Japanese intellectual history” and will expound upon this subject as the 2017-18 academic year's Tetsuo Najita Distinguished Lecture in Japanese Studies speaker.  Professor Umemori’s lecture will focus on several Japanese intellectuals who stayed in the United States and how their experiences affected their formation of ideas.  Umemori is particularly interested in exploring how different experiences in different spaces in the United States contributed to the production of different schools of thought in Japan: from Anarchism (KOTOKU Shusui) to Conservatism (ETO Jun).  He will explore their ideological formations as reactions to the diverse manifestations of global capitalism in places such as San Francisco, Princeton, Chicago, and Tokyo and pay particular attention to how racism in the United States affected ideological formation in Japan. 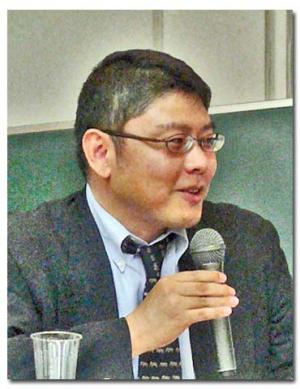