The author of more than twenty books, Nobukuni Koyasu, Professor Emeritus of Osaka University, is one of the best-known and most influential intellectual historians in Japan. Professor Koyasu revitalized the study of early modern intellectual history through his engagement with contemporary critical theory, his careful, close readings of the texts themselves, and his concern for rethinking its significance for Japanese modernity. He is also a prominent public intellectual, who has written widely on contemporary political issues including Japanese nationalism, the Yasukuni Shrine controversy, and the legacy of the Showa era and World War II for contemporary Japan. 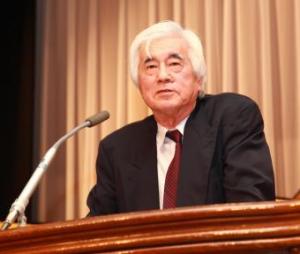