Norma Field (Robert S. Ingersoll Distinguished Service Professor in Japanese Studies, Emerita in the Department of East Asian Languages and Civilizations) studies modern Japanese literature with an interest in the dialectical pursuit of structural and historical analyses and “naïve” and “scholarly” responses. She is also interested in translation as an interpretive, creative and scholarly activity, feminism, and all of the above in the context of contemporary capitalism. Professor Field is the author of The Splendor of Longing in the Tale of Genji, From My Grandmother’s Bedside: Sketches of Postwar Tokyo and My Grandmother’s Land, a collection of her essays including several originally written in Japanese. Her book, In the Realm of a Dying Emperor, is one of the best-selling books in Japanese studies and used widely in college classrooms. In January 2016, she published a co-edited volume, For Dignity, Justice, and Revolution: An Anthology of Japanese Proletarian Literature, with The University of Chicago Press. This work follows upon her 2009 book about Japan's most celebrated, forgotten, and reinvoked proletarian writer: Kobayashi Takiji 21seiki ni do yomu ka (Reading Kobayashi Takiji for the 21st Century) from Iwanami Publishers.

Professor Field has also dedicated much of her time working on the Fukushima nuclear disaster since 2011 and has been at the forefront of The Atomic Age Project, an ongoing initiative that aims to cultivate critical and reflective intervention regarding nuclear power and weapons. A special website was launched in preparation for the symposium, The Atomic Age: From Hiroshima to the Present, held at University of Chicago on May 21, 2011.  The Project's goal is to promote reflection on nuclear weapons and nuclear energy together.

This year's Association for Asian Studies Awards Ceremony will take place virtually, and as a standalone event, on Wednesday, March 24th during the Annual Conference at 5:30 pm EST.

To register for this year's AAS Annual Conference, click here.  Registration is required to view all scheduled sessions and to participate in networking events. 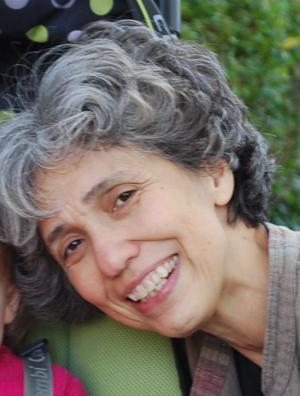