East Asian Languages and Civilizations Professor Hoyt Long introduced Jesty as a current Asssociate Professor at the University of Washington focusing on Asian art and cinema. Specifically, Justy’s book is compiled partially from his dissertation and discusses Japanese amateur and professional art in the post-war period.

Speaking at the Seminary Co-op Bookstore, Jesty strove to explain an overlooked relationship between art and politics in the post-war period (1945-1960.) While Jesty concedes that historical discourse often links the concepts of art to politics broadly, he feels that the proposed relationship lacks nuance. Many artists did not realize or intend the politicization of their works. Rather, that value is often assigned by historians when looking back. Jesty believes that artists in the post-war period were inspired by hope, defining that hope as an unknown future full of possibility in both the worlds of art and politics—in Jesty’s words, a “combined sense of crisis and possibility.”

Jesty argues his thesis with an in depth discussion of several art movements from the post-war period. He begins with the Reportage, a group of leftist artists who sought to defy typical art standards and capture the visceral, and sometimes ugly experiences of the post-war period. Artists visualized US military bases, rural towns, coal mines, and strikes. Despite depicting such large-scale events and locations, Reportage art attempted to raise questions of individual responsibility in the “rot” beneath the seemingly idyllic Japanese domestic. Breaking from tradition, paintings, prints, and sketches show dynamic, heavy scenes with rough composition and distorted figures.

Of the art movements Jesty discussed, Reportage was perhaps the most inherently political. The choice to portray strikes and protest, as well as allowing amateur art to appear alongside professional art exhibits the movement’s leftist tendencies. Moreover, the art itself often appeared alongside journal articles, newsletters, and posters meant to further explain the works and their significance.

Jesty moves on to describe Sōbi, a non-government collection of art teachers. The group primarily provided art lessons to elementary and middle school students with a focus on self-expression, self-guidance, and individuality. Documentarian Hani Susumu captured the experience of a Sōbi-led classroom along with other new children’s experiences in the post-war period. His documentary, “Bad Boys” won critical acclaim for both capturing a new subject (young boys in juvenile delinquency facilities,) and the style of creation (relatively unscripted first-time actors). Susumu blurred the lines between high and low art by creating a documentary based on a the published writings of former and current delinquents and winning acclaim generally reserved for more polished forms of film.

Finally, Jesty discussed Kyūshū-ha, an amateur artist collective in Fukuoka. With all of the artists working traditional full-time jobs without formal art education, Kyūshū-ha was perhaps the most proletarian movement of the three described. Their art was often described as “scandalous” with new mediums such as tar prevalent in their pieces. Yet the lack of training and inclusivity of the collective may have proved costly with few of the artists achieving recognition in Tokyo or internationally.

Jesty concludes with a reminder of his overarching goals. In “Art and Engagement in Early Postwar Japan” he seeks to reframe post-1945 history by refocusing attention from consumer capitalism. While he would like to shift that attention to examples of the sometimes anti-capitalist art of Reportage, Sōbi, Hani Susumu, and Kyūshū-ha, he also cautions historians from, equating the art produced with political statement. Instead, Jesty describes the mindset put into creating art in the post-war period as personal and intimate. Despite living in a perilous time, these artists created works that reflect a burgeoning hope for a cleaner, safer, and kinder future.

“Art and Engagement in Early Postwar Japan” is available for purchase at the Seminary Co-op.

Art and Engagement in Early Postwar Japan reframes the history of art and its politics in Japan post-1945. This fascinating cultural history addresses our broad understanding of the immediate postwar era moving toward the Cold War and subsequent consolidations of political and cultural life. At the same time, Jesty delves into an examination of the relationship between art and politics that approaches art as a mode of intervention, but he moves beyond the idea that the artwork or artist unilaterally authors political significance to trace how creations and expressive acts may (or may not) actually engage the terms of shared meaning and value.  -Cornell University Press

Justin Jesty is Associate Professor of Japanese at the University of Washington, where he researches the relationship between art and social movements in postwar Japan. He is currently researching socially engaged art in contemporary Japan. In 2017 he edited a two-part special issue on the topic in the journal FIELD: A Journal of Socially-Engaged Art Criticism. He has also published articles on the realism debate of the late 1940s, Hamaya Hiroshi’s photographs of the 1960 Anpo protests, and the Minamata documentaries of Tsuchimoto Noriaki. 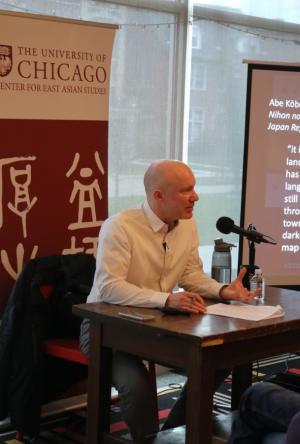 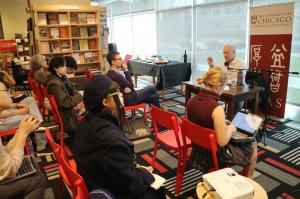 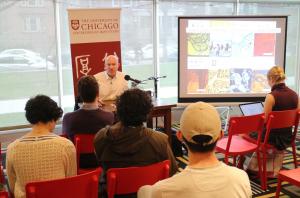