CEAS Directors Reflect on the Past and Present

With the Center for East Asian Studies serving as a central hub and clearinghouse for East Asian studies activities across academic and department divisions at the University of Chicago, CEAS asked Professors Harper and Burns what they felt CEAS offered as a highlighted resource to the UChicago community and beyond.  Both agreed on the importance of CEAS events, including lectures and workshops, which help facilitate interaction across division and interdisciplinary lines.  These activities seek to bring scholars, practitioners, and experts in the broad field of East Asian studies to campus to engage with the community of UChicago faculty and students.  These activities are equally important to both faculty and graduate students, as this kind of interaction allows for the possibility of rethinking the borders that define faculty and student research.  Professor Burns also noted how CEAS events bring together UChicago and the wider community at large to examine important global issues, such as nuclear power, natural disasters, memory, and trauma.  This was exemplified during an event held on March 12, 2016, to commemorate the 5-year anniversary of the Fukushima nuclear disaster which showcased a panel discussion and screening of Hitomi Kamanaka’s “Little Voices from Fukushima,” a documentary film dedicated to Japanese mothers and children living in the post-meltdown world of the Fukushima Daiichi nuclear power plant disaster.

Support for UChicago student language training and dissertation research funding, when other sources of funding may be limited, were also noted as an important benefit to CEAS constituencies.  As a National Resource Center supported under the auspices of a Title VI grant from the U.S. Department of Education, CEAS strengthens training in the major languages of East Asia (Chinese, Japanese and Korean) in conjunction with area studies training.  CEAS offers awards, including the Foreign Language and Area Studies (FLAS) fellowships, each year to students concentrating on modern foreign language and international or area studies.

Professor Harper continued to note that the profile of CEAS has become more “sharply defined” in recent years and, as a result, this has helped both faculty and students better associate UChicago as a place with substantial value for East Asian studies.  With new programming and initiatives, including the ongoing efforts of CEAS social media, CEAS continues to expand its outreach and benefit to the UChicago community in terms of enhancing opportunities to engage with East Asian studies.

As Professor Harper reflected on his 18 years with the University, he considered the changing landscapes for international and area studies.  He stated, “There have been a series of developments that have shifted CEAS from being considered just an area studies center to needing to determine what sort of place East Asia faculty and programs have on campus.” He also added that there has been a real sea of change in the University’s approach to international studies and this provides opportunities for further development at CEAS.

In terms of engagement, Professor Burns commented that one of her most notable memories of developments at CEAS was the founding of the Tetsuo Najita Distinguished Lecture Series, launched in 2007 by the CEAS Committee on Japanese Studies to honor the legacy of Tetsuo Najita, Robert S. Ingersoll Distinguished Service Professor Emeritus of History and of East Asian Languages and Civilizations.  The Najita Lecture has brought to campus a number of distinguished speakers since its inception including political theorist Masao Maruyama, sociologist Chizuko Ueno, and writer Tawada Yoko.  Professor Burns vividly recounted the visit of one particular speaker, Nobel Laureate in Literature Oe Kenzaburo, who delivered his lecture, “A Novelist Re-Reads ‘Kaitokudo’” on March 4, 2010, and how the event provided an amazing opportunity for students and the general community to engage with a writer and scholar of such stature and international acclaim.

CEAS asked Professors Harper and Burns what kinds of positive changes they have seen or would like to see during the course of their tenure as Director.  Professor Harper explained that he believes there is now a much stronger sense of identity and purpose and that this notion has expressed itself in terms of interactions people have when they come to the Center.  While he acknowledged the role in which the Director plays in terms of defining the Center’s identity, he commented that “the staff ultimately implement this notion into reality” and expressed how grateful he and other faculty members are for the staff’s commitment and support.

In concurrence, Professor Burns continued by noting that recent CEAS innovations have “helped to get our message out” and have brought about greater efficiency in engaging with diverse constituencies , enhancement of administrative processes and structures for programming, and a broadening of outreach through social media, which all have created an enhanced space for the creation and sharing of ideas.  By engaging on platforms like Facebook, Twitter and YouTube and crafting weekly event preview e-newsletters, CEAS is better able to disseminate information and engage with the University of Chicago and beyond. One example includes the development of student spotlights featured on CEAS social media that have showcased the important work and achievements students have accomplished both home and abroad related to East Asian studies. There are plans to expand these spotlights to include individual faculty and their research collaborations.

CEAS, as an interdisciplinary hub and clearinghouse, supports faculty research and programming. Professor Burns emphasized the importance of the numerous activities CEAS implements each year with support from its three faculty Committees: the Committees on Japanese Studies, the Committee on Chinese Studies and the Committee on Korean Studies. Such support has provided faculty with opportunities to experiment with different concepts and formats for workshops, conferences, and research and training collaborations, such as graduate student archival workshops in Japan.  In spite of a diverse makeup of faculty from varying disciplines, Professor Harper explained that Committee membership among CEAS faculty is actually narrower in comparison to other institutions.  “The members of the Committees understand the values of East Asian studies and the values that the faculty members bring,” he noted.  Professor Harper also observed that CEAS faculty are able to explore their myriad of academic interests in the interdisciplinary and collaborative space provided at CEAS, and that the support for faculty research and programming is outstanding.

In addition to leadership roles at CEAS, Professors Burns and Harper share a mutual interest in medical culture in East Asia.  Professor Harper shared with CEAS about his current and ongoing project related to recently excavated tombs from the 2nd century BC located in Chengdu – a region that was important for economic growth during that era. Professor Harper’s research focuses on medical manuscripts found there, and he is collaborating with Cambridge University, the Max Planck Institute, Chengdu City Institute of Archaeology, and the team of Chinese paleographers specializing in traditional Chinese medicine who will soon publish the manuscripts.  The University of Chicago Center in Beijing will host a conference in June 2018 to bring together experts from the West working on Chinese medicine with colleagues in China to further examine research related to these newly excavated medical manuscripts. Professor Burns shared her collaborative efforts on medical culture where, along with fellow CEAS faculty member, Jacob Eyferth, a group of scholars is examining gendered forms of knowledge in medical care.  In addition, she is working with an international research group whose interest lies in pharmaceuticals, from the origination of its raw materials, to the formulas, as well as questions regarding how people advertise medicines.  As Professor Burns begins her tenure as CEAS Director, she also finishes a publication on the history of leprosy in Japan slated for release next year.  In addition to teaching, Professor Burns is presently working on an open- and distance-learning project about the history of psychiatry in Japan, the story of its marginalization, and the acknowledgement of this subject matter’s growing importance in post-war Japan.

Susan Burns is Associate Professor of History, East Asian Languages and Civilizations, and the College at the University of Chicago.

Donald Harper is Centennial Professor of Chinese Studies, in East Asian Languages and Civilizations and the College at the University of Chicago. 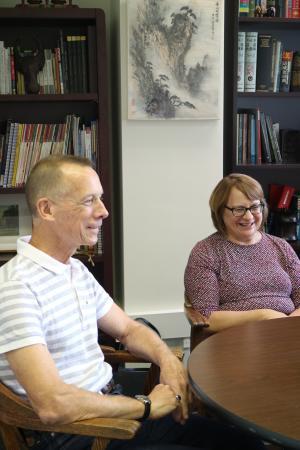 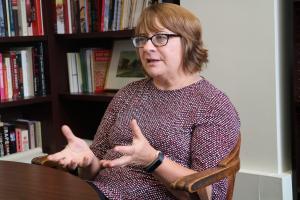 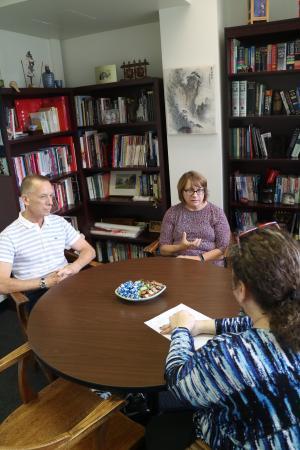 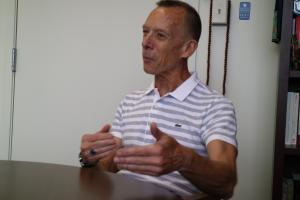