February 28th marked the Center for East Asian Studies’ first event in the series, “East Asia by the Book! CEAS Author Talks.” The Center was honored to feature University of Chicago East Asian Languages and Civilizations' Professor Emeritus, Norma M. Field and her co-editor, Heather Bowen-Struyk in their new work, For Dignity, Justice and Revolution: an Anthology of Japanese Proletarian Literature. The event was held in the University’s Seminary Co-op bookstore.

The event opened with remarks from University professor of Japanese Literature, Hoyt Long. Long praised Field’s broad knowledge of Japanese history and culture, from pre-history to the 1960’s anti-nuclear movement, and Bowen-Struyk’s dedication to researching the often overlooked proletariat literature movement. After briefly outlining the history of Japan’s proletariat movement through war and economic recovery, he called attention to the work’s added significance when paired with the modern rise of right-wing nationalism, stating “the work grows more timely by the day.”

Field and Bowen-Struyk both took the opportunity to read selections of literature included within the anthology. Field read passages from authors such as Kobayashi Takiji and included selections from children’s literature, which she cited as pertinent in its emphasis on equality and commonalities between all peoples. Bowen-Struyk read from Nakamoto Takako’s descriptions of women’s textile factories in Japan as well as Nakamoto’s short story, “Red.”

The two moved on to a short question and answer period. The audience was able to engage with the editors over topics such as the role of censorship within proletarian literature, gender within leftism, and the future of the leftist movement. Finally, the event finished with a short reception, further allowing the guests to interact with Field and Bowen-Struyk.

The next East Asia by the Book: CEAS Author Talks event will take place on Monday, May 8th at 6 pm at the Seminary Co-Op featuring Assistant Professor of History Johanna Ransmeier with Discussant Wenguang Huang.  This event is co-sponsored with UChicago Urban. 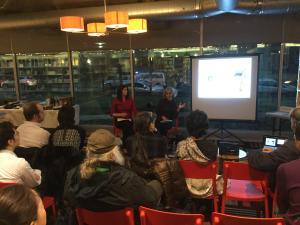 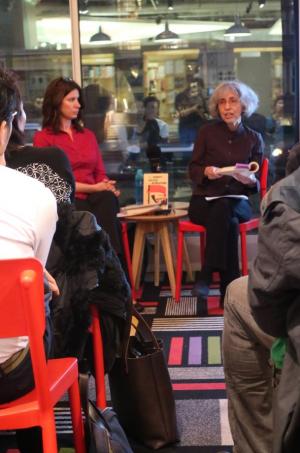 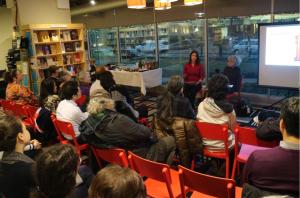