Appointed on the basis of prior achievement and exceptional promise, Michael Bourdaghs (Robert S. Ingersoll Professor in East Asian Languages and Civilizations and the College) was named a Guggenheim Fellow for the 2019 year.  Professor Bourdaghs is 1 of 168 scholars, artists, and writers who were recently selected and approved by the Board of Trustees of the John Simon Guggenheim Memorial Foundation.  The selected individuals were chosen among a group of almost 3,000 applicants in the Foundation's ninety-fifth competition.

Professor Bourdaghs specializes in modern Japanese literature, culture, and intellectual history.  As a Guggenheim Fellow, he will be finishing a book on Japanese culture during the Cold War era. From Postwar to Cold War: Japanese Culture from the Age of Three Worlds will focus on literature, film, and popular music, looking at how writers and artists from Japan simulateneously participated in multiple international networks during the Cold War era: the so-called First World of capitalist liberal democracies, the Second World of the socialist bloc, and the Third World of the nonaligned Bandung movement.

For more information on the 2019 Guggenheim Fellows, please click here. 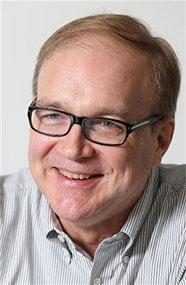