The Foreign Language and Area Studies (FLAS) Fellowships program provides allocations of academic year and summer fellowships to institutions of higher education or consortia of institutions of higher education to assist meritorious undergraduate students and graduate students undergoing training in modern foreign languages and related area or international studies.  At the University of Chicago, the FLAS Fellowship competition is open to graduate students who are U.S. citizens, nationals, or permanent residents who are enrolled in or applying to a full-time program that combines modern foreign language training with international or area studies.  Summer FLAS Fellowships and Academic Year FLAS Fellowships are available at the University of Chicago.

The Center for East Asian Studies (CEAS) supports the study of less commonly taught languages and related area studies courses through the FLAS Fellowship Program which is funded by a grant from the United States Department of Education.  CEAS FLAS Fellowships are awards for graduate students concentrating in modern foreign language and international or area studies.  CEAS administers FLAS awards for Chinese, Japanese, and Korean.

CEAS is proud to showcase the following FLAS Alumni in East Asian Studies to demonstrate the Fellowship's impact and provide perspectives on recipients' paths after completing their course of study at the University of Chicago.

Rivi Handler-Spitz is an Associate Professor in the Department of Asian Languages and Cultures at Macalester College. At the University of Chicago, she received FLAS awards in 2002 to study Mandarin and classical Chinese at the International Chinese Language Program (ICLP) in Taiwan, and in 2003 to study Japanese at the University of Chicago’s Summer Language Institute (SLI).  Her time at ICLP in Taiwan was crucial for her research, as it allowed her to hone skills in reading scholarly texts in modern Mandarin.  When she later returned to Taiwan, she was able to build upon the skills developed during her summer at ICLP and reached advanced proficiency in comprehension of classical Chinese.  Rivi currently studies and teaches Chinese language, literature and intellectual history, as well as comparative literature.  She also has also translated, edited, and analyzed writings by the Ming dynasty radical intellectual provocateur Li Zhi (1527-1602). Together with Haun Saussy and Pauline C. Lee, she co-edited and translated from the classical Chinese Li Zhi's A Book to Burn and A Book to Keep (Hidden) (Columbia University Press, 2016).

Attaining a high level of proficiency in any language allows one to delve into and explore a foreign culture, as well as to gain direct access to texts, world-views, and customs that might otherwise remain unfamiliar or inaccessible. Having access to outstanding teachers is particularly important when one is studying less-commonly taught languages very different from one's own.

Rivi's current research explores themes of imitation, innovation, and the use of vernacular languages in Chinese literary criticism of the sixteenth and early twentieth centuries as well as in Renaissance Europe. The high-level language training she received during her graduate years, including FLAS fellowships, was essential in allowing her to attain the proficiency necessary to conduct such research. Prior to arriving at Macalester, she taught Chinese literature, comparative literature, and elementary and intermediate Chinese language classes at Middlebury College.

Justin Jesty is Assistant Professor and Japanese Program Coordinator in the Department of Asian Languages & Literature at the University of Washington where he teaches Japanese film, modern literature, and post-1945 art.  He received FLAS awards at the University of Chicago to study Japanese and Chinese.  These awards proved to be critically important as they allowed Justin to study full-time and complete his Ph.D.  He was able to take high-level Japanese classes every quarter, which often entailed specialized, directed courses with faculty.  FLAS was key in improving Justin’s foreign language reading and speaking skills, as well as broadening his areas of expertise.  Since competition is fierce for jobs and fellowships, receiving FLAS demonstrated that Justin was committed to language study as part of his professional trajectory. Japanese is essential to his work as a professor in a language and literature department and his research and academic publishing.  He is currently teaching courses on the literature and culture of Asia; modern Japanese literature; Japanese film; and modernism, avant-garde, contemporary and pop art and culture in Japan.

Christopher Livaccari is an educator, author, and former U.S. diplomat who held posts in Tokyo and Shanghai, where he was the recipient of the U.S. State Department’s Meritorious Honor Award, citing outstanding speeches written for two U.S. ambassadors to Japan.  Chris will become the next Head of School at Presidio Knolls School (PKS) in San Francisco in July 2018.  Chris is currently Principal and Chinese Program Director at International School of the Peninsula in Palo Alto and the Senior Advisor for China Learning Initiatives in Asia Society’s Center for Global Education.  He previously served as Director of Education and Chinese Language Initiatives at Asia Society, where he created a collaborative national network of almost 40,000 students in more than 100 schools in 28 states that teach Chinese and their partner schools across 23 provinces in China.

Albert Park is Associate Professor of History at Claremont McKenna College specializing in design and architecture, East Asian history and political economy, Korean history, and modern Japanese history.  During his time at the University of Chicago, Albert received a FLAS award for advanced Korean language training at Sogang University in Seoul.  As a recipient of three Fulbright Fellowships and fellowships from the Social Science Research Council (SSRC), Korea Foundation, and the Center for East Asian Studies at the University of Chicago, Albert comments that the awarding of the FLAS fellowship demonstrated to selection committees that he was able to do research in a foreign language and to engage with scholars across the globe regarding Korean history and culture.  As a historian of modern Korea and East Asia, Albert’s current research focuses on the roots of environmentalism in modern Korean history and its relationship to locality and local autonomy. His current book project is tentatively titled Imagining Nature and the Creation of Environmental Movements in Modern Korea.  He is also Co-Principal Investigator of EnviroLab Asia—a Henry Luce Foundation-funded initiative at the Claremont Colleges that studies environmental issues in Asia through an interdisciplinary lens.

Justin Tiwald is Professor and Chair of the Department of Philosophy at San Francisco State University. His doctoral research at the University of Chicago depended heavily on reading historical texts in Chinese. His FLAS award opened new and under-explored avenues of inquiry, which better positioned him for advanced research in his field of study.  In the end, Justin decided to write his dissertation on Chinese philosophical texts and the FLAS award helped in his quest for additional fellowship support.

FLAS made me competitive for the Blakemore Freeman Fellowship, which supported a full year of language study in Taiwan.  Ultimately I also received a Charlotte W. Newcombe Dissertation Fellowship, the proposal for which emphasized my language training.

Although Justin expected to be more of a generalist in moral philosophy, he has, in fact, become a specialist in Chinese ethics and political thought. Everything he has published since graduation has been related to Chinese philosophy and deeply engages his Chinese language training and proficiency. One of his most recent publications is an authored volume, Neo-Confucianism: A Philosophical Introduction, with Stephen C. Angle (Polity, 2017). He also has a series of journal articles, book chapters, and translations forthcoming in 2018.  Justin teaches a variety of graduate seminars and undergraduate courses including Buddhist and Confucian Philosophy, Philosophy of Moral Psychology, Chinese Philosophy & Religion, and Confucian Classics in Chinese.

For information pertaining to FLAS Fellowships that are administered by the Center for East Asian Studies, please email CEAS Associate Director, Abbey Newman. 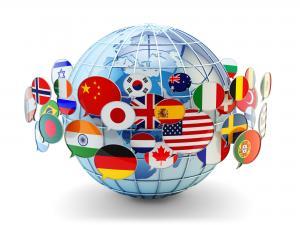