GRADUCon is the University of Chicago's annual career exploration conference just for graduate students and postdocs. Now in its eleventh year, the event is organized by UChicagoGRAD, in partnership with multiple offices across campus.  GRADUCon is an opportunity to explore careers in academia, industry, nonprofits, and government. It includes panels with alumni about diverse career trajectories, and a keynote discussion.  This year's GRADUCon moved online in light of COVID-19 concerns and featured important career discussions to current University of Chicago graduate students and postdocs by offering panel discussions via Zoom!

The Center for East Asian Studies at the University of Chicago was pleased to be able to co-sponsor a panel that showcased diverse opportunities for advanced degree holders in Global Risk and Intelligence and provided practical guidance on how to build a career in this field. This session was moderated by East Asian studies alum, David Benson, Professor of Security and Strategic Studies, School of Advanced Air and Space Studies.  Many businesses rely on security and risk management analysts and consultants to ensure safe and lawful commercial practices around the world.  By leveraging knowledge of particular regions, languages, and/or industries in the private sector, this event served as a resource by providing valuable knowledge and insight to students.

TO LISTEN TO THE AUDIO FROM THIS PANEL,
PLEASE CLICK HERE.

Maria obtained her graduate training from the University of Chicago’s Center for Middle Eastern Studies program. During her studies, Maria was a FLAS Fellowship award recipient and graduate research supervisor at the Chicago Project on Security and Threats (CPOST). Her research interests focused on militant propaganda, counterinsurgency, and the weaponization of healthcare in Syria. Maria currently serves as a Risk Intelligence Advisor at McDonald’s Corporation in Chicago. Originally from Orlando, Florida, Maria graduated with her Bachelors degree in International Affairs from the University of Florida (Go Gators) and enjoys traveling, cooking, and running half marathons.

Claire has been an investigator for BMO Harris Bank since 2017. Previously, she worked for corporate investigations firms and focused on pre-IPO and litigation support research. Claire earned her Certified Anti-Money Laundering Specialist (CAMS) designation in 2016. She received her M.A. in International Relations from the University of Chicago in 2012 and her B.A. in Political Science, English, and International Studies from Case Western Reserve University in 2011.

Yulia currently works as a senior business risk intelligence analyst for AbbVie, one of the world’s leading biopharmaceutical companies. With the firm’s global footprint spanning 70+ countries, Yulia advises AbbVie decision makers on matters ranging from political instability and international conflict, crime and terrorism, to natural disasters. By monitoring global trends and events, she provides signal detention as well as in-depth analysis of security developments that have the potential to impact AbbVie’s people, assets, or operations worldwide. In the effort to facilitate effective risk mitigation, Yulia’s team works closely with internal stakeholders including the executive leadership, crisis management, supply chain, and cyber threat intelligence, among others. Prior to Yulia’s position with AbbVie, she worked as a consulting intelligence analyst with WorldAware, a risk management consultancy, an EMEA region analyst at Nike, and interned at two small intelligence consultancies (Emergency Risk International and Horizon Intelligence).

David Benson is currently a Professor of Security and Strategic Studies at the School of Advanced Air and Space Studies (SAASS) at Air University, Montgomery, AL. His research focuses on international relations and cybersecurity, especially how the internet and cybersecurity concerns affect great power politics. His current book project is tentatively titled *The Information Security Dilemma* is currently seeking publishers. Prior to joining SAASS, David held a post-doctoral fellowship jointly in the Dedman Engineering School and the Department of Political Science at Southern Methodist University. He graduated from the University of Chicago (UofC) in 2015 with a PhD in Political Science. He also completed an A.M. with the Committee on International Relations at UofC in 2009. David served six years in the US Army, first as a Chinese-Mandarin linguist and then as an infantry officer. After completing a tour in Iraq, David worked with JIEDDO-COIC to develop and teach counter-insurgency strategy. 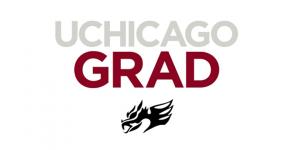