The symposium, “Media and Ecology after Fukushima: The techno-ecological multiplication of Disaster” was held November 19-20, 2021 at the Maehama Marine Center near Kesennuma City on the northeast coast of Japan.

The symposium explored the multiplication of disaster through the conceptual and methodological lens of media ecology, broadly conceived to encompass the varied approaches of anthropology, media studies, history, and the life sciences. The phenomena, thought, and events arising from an ecology after Fukushima served as the group's initial provocation for tracking, questioning, and engaging the propagation of disasters and their corollary effects within the current planetary milieu of entangled technological systems, infrastructures, and emergent natures. Following the common practice of transliterating Fukushima in katakana, the group invoked the termフクシマ to stand in for the multiplication of disasters past, present, and future. Fukushima, in this sense, emerged as a kind of hyperobject, “massively distributed in space and time” (Morton, 2013) such that it resists conventional modes of representation and analysis. To explore Media and Ecology after Fukushima was to attend not only to the triple catastrophes of 3.11 in Japan but also to the slow apocalypse of the Anthropocene with its rapidly evolving biological threats, toxic flows, and twisted individuations. Borrowing from Jessica Hurley (2020), the group asked what it means to think, act, and remain hopeful in “a futureless-present.”

The group's overall aim was to think with disaster(s) not merely as a destructive event but also as a material, political and vital force that generates and multiplies relations as it traverses the networks and lives of our media ecology. To this end, participants were invited to envision the symposium as a form of creative workshop in which to experiment with different modes of academic engagement.

The symposium kicked off on the morning of the November 19th with introductory remarks from the co-organizers, Dr. Michael Fisch (Department of Anthropology, University of Chicago) and Dr. Jun Mizukawa (Anthropology and Religion, Lake Forest College). This was followed by a group discussion of several readings concerning ecological thought and media ecology. After lunch, presentations were made by Dr. Atsuro Morita (Graduate School of Human Science, Osaka University) and Sachiko Matsuyama (Craft Culture Coordinator, Co-founder of PERSPECTIVE), and Dr. Hideaki Fujiki (Graduate School of Humanities, Nagoya University). The day ended with the screening of the film, Listen to the Sky (空に聞く)(2018), followed by a question and answer session with the director Haruka Komori.

This symposium is a continuation of the First Science, Technology, Studies in Japan Symposium: Animating Ecological Futures which took place at the University of Chicago in 2019.  For more information on this event, click here.  Both events were sponsored with generous support from a U.S. Department of Education Title VI National Resource Center Grant.

Written by Michael Fisch, Associate Professor of Anthropology and of Social Sciences in the College. 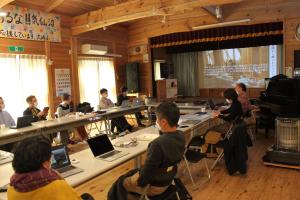 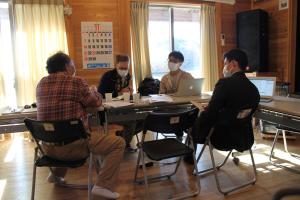 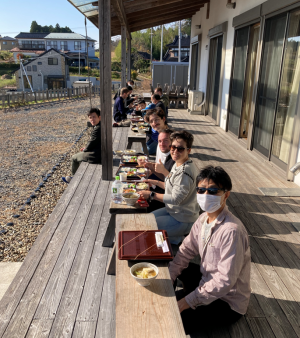 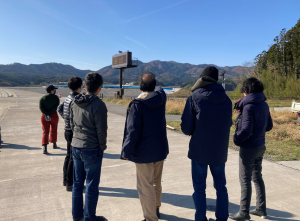 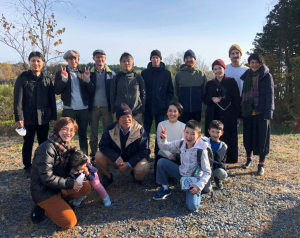