Join us Saturday, October 8 at 7:30PM for an evening with singer-songwriter Ryo Kagawa. Debuting in 1970 in the midst of Japan’s folk music boom, Kagawa has released more than a dozen albums over the last four-and-a-half decades, incorporating elements of folk, rock, country, and even gospel into an ongoing musical commentary that grapples with topics ranging from war to geopolitics to the natures of music and love. Don’t miss this chance to see the artist who inspired some of the biggest-selling names in contemporary Japanese music, up-close and personal at the University of Chicago in his first-ever North American performance!

Ryo Kagawa's performance will be preceded by an introductory lecture on music in modern Japan by Professor Michael K. Bourdaghs, one of North America's foremost scholars of Japanese music (5:30PM, Classics Building Room 110).

This event is free and open to the public. Seating is limited. E-mail ryokagawalive@gmail.com to reserve your seat today. 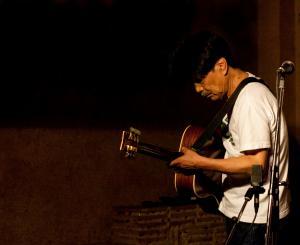