Chicago’s South Side has long-standing but little-known relationships with Japan. In 1893 the Japanese Garden in Jackson Park was established for the World’s Columbian Exposition. In the same year the University of Chicago conferred its first-ever doctoral degree—upon a Japanese Divinity School student named Eiji Asada. Taking this momentous year as a point of departure, a special exhibit will be open at The Hanna Holborn Gray Special Collections Research Center from November 1, 2021 to January 28, 2022.  This exhibit highlights more than a century of connections between Japanese and Japanese Americans and the University and Hyde Park area.

During Japan’s Meiji and Taisho periods (1868–1925) the University of Chicago was a frequent destination for so-called “government students” from Japan. These elite scholars were sent by the Japanese government to acquire advanced knowledge in various fields, then to bring their expertise back home.  Showcased in the exhibit, are the campus activities of these scholars including self-run periodicals and participation in cultural events.  Also recognized are several notable Japanese and Japanese American educators. Toyokichi Iyenaga (Far Eastern studies) was a popular lecturer in the University Extension, whose teaching received press coverage on multiple occasions. From the University Archives come letters by Professors Joseph Kitagawa (Divinity School), Akira Irye (history), and Tetsuo Najita (history)—all eminent scholars in religious and intellectual history—that evidence their work in lobbying for visits by members of Japan’s imperial family, and in procuring from the Japanese government financial support for Japanese studies at the University.

Visiting the Exhibition Gallery:  Guidelines pertaining to viewing the gallery can be found on this Access page.

Read the FULL news article on the University of Chicago Library website by clicking here.

Read more about the exhibit and other resources pertaining to the history of Japanese and Japanese Americans in Hyde Park and its vicinity by clicking here.

Written by The University of Chicago Library 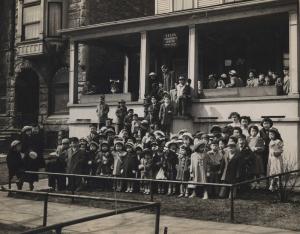 Children in front of the Ellis Community Center. Photo courtesy of Julie Azuma. 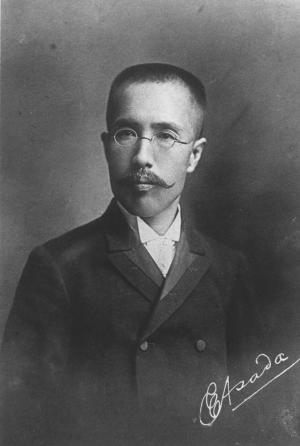 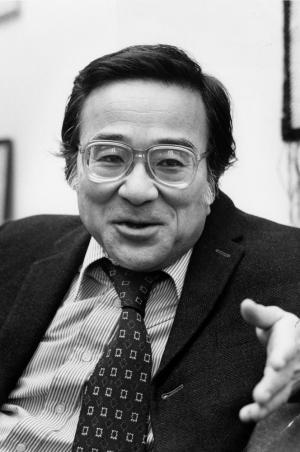