Established by the Center for East Asian Studies, Center for East European and Russian/Eurasian Studies, and Center for Middle Eastern Studies at the University of Chicago, the University of Chicago Global Lecture Series is a collaborative, community outreach endeavor that partners the Centers with local schools, libraries, and community centers to host a series of speakers to present on diverse and important international issues from their respective world regions.

The inaugural lecture took place at the Blackstone Branch of the Chicago Public Library on Wednesday, September 25, 2019 and featured E. Rafael Pérez (PhD candidate in the Department of History) who explored the historical forces that impact Korean politics today.  Using political posters, photographs, and archival documents as portals into the past, E. Rafael considered how historical threads related to Japanese colonialism and the Cold War still resonate on the Peninsula. E. Rafael is a recipient of a PATHS/Area Studies Centers Public Lectureship Prize from UChicagoGRAD and the Center for East Asian Studies at the University of Chicago. His research focuses on North Korean interactions with solidarity movements of the decolonizing world. He is a 2019-2020 Residential Fellow at the Center for the Study of Race, Politics, and Culture and a recipient of the CLIR/Mellon Fellowship for Dissertation Research in Original Sources.

The next lecture of the series entitled, "Healthy Environment? Thinking About the Nuclear Accident in Fukushima, Japan," was presented on Wednesday, October 23rd by Hiroko Kumaki (PhD candidate in the Department of Anthropology). Hiroko discussed how the ongoing saturation of our bodies and environments with chemicals, pesticides, radiation, PM2.5, and microplastics has made environmental health a central issue of our time. What does it mean to live “well” in a time and place where environmental toxicity has become the very fabric of our everyday life? After the nuclear accident in Fukushima, Japan in 2011, people have taken divergent paths to ensure their health and well-being. Some people have evacuated and procured food from afar, while others have returned to previous evacuation zones and actively circulated local produce. Participants had the opportunity to learn about the case in Japan, and explore their own experiences of health and environmental toxicity in the greater Chicago area.

A doctoral candidate in the Department of Anthropology at the University of Chicago, Hiroko is a recipient of a PATHS/Area Studies Centers Public Lectureship Prize from UChicagoGrad and the Center for East Asian Studies at the University of Chicago. Her research examines the everyday experiences and ethics of living with environmental toxicity and focuses on the policies and practices of health in the aftermath of the 2011 nuclear accident in Fukushima, Japan. She has conducted 18 months of ethnographic fieldwork in and outside of Fukushima, examining the responses to radioactive contamination across different actors, including the activists, public health practitioners, citizen scientists, and residents in and near the evacuation zone. 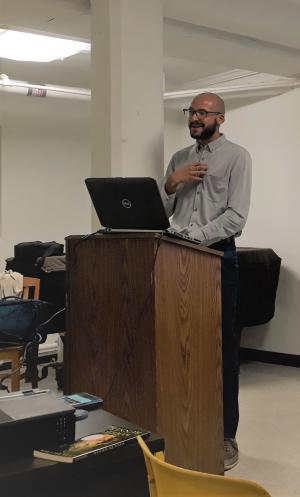 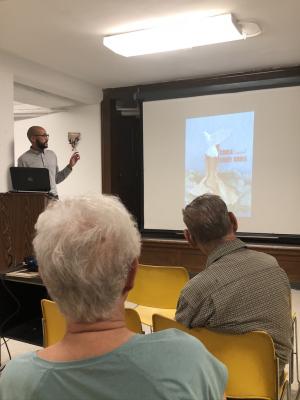 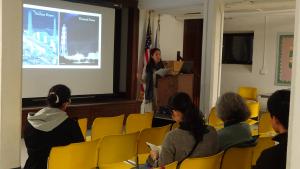 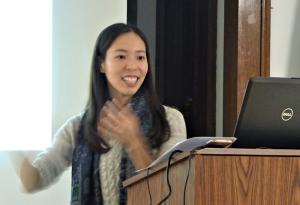