In February 2017, the great Japanese filmmaker Suzuki Seijun (born Suzuki Seitaro) passed away at the age of 93. In a career spanning fifty years, Suzuki directed more than sixty theatrical and television films, working in genres ranging from thrillers to romances to horror to gangster movies, and in industrial contexts ranging from B-genre movies in the Japanese studio system to the international art-house circuit. In spite of his long and prolific career, Suzuki's reception in the West has largely been limited to a small number of films made during the end of his tenure at Nikkatsu (Youth of the Beast, Gate of Flesh, Story of a Prostitute, Tokyo Drifter, Fighting Elegy, and Branded to Kill) and to the later films that were received on the international art-house circuit (the Taisho Trilogy, Pistol Opera, and Princess Raccoon). Great as those films are, the emphasis on them has obscured a great many other important aspects of Suzuki's work: his more classical (yet still excellent) early films at Nikkatsu, his scintillating television work for weekly horror and thriller series in the 1970s and 1980s, his extended tenure as showrunner of the Lupin III animated series, and his bizarre and playful later films that did not make it to the international festival circuit. Even his late Nikkatsu period is filled with gems that are rarely seen outside Japan.

This series kicks off with the screening of Suzuki's antepenultimate Nikkatsu feature, Tokyo Drifter on Tuesday, January 9th at 7 pm at Max Palevsky Cinema at Ida Noyes Hall (1212 E. 59th).  For a full-listing of films being screened this quarter, please click here.

This series is sponsored by the Committee on Japanese Studies at the Center for East Asian Studies. 35mm prints courtesy of The Japan Foundation Film Library. 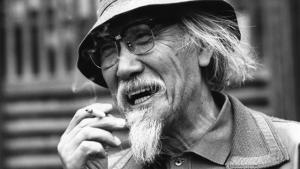 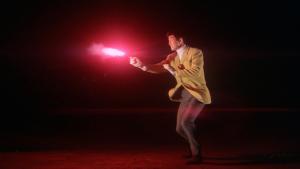 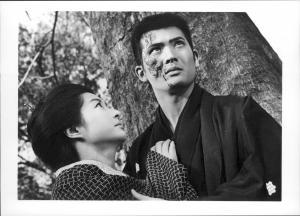 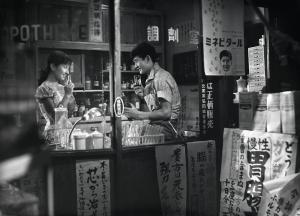