Most of Edward Shaughnessy's career has been devoted to the cultural and literary history of China’s Zhou dynasty (c. 1045-249 B.C.), the period that has served all subsequent Chinese intellectuals as the Golden Age of Chinese civilization; after all, it is not only the period founded by the sage kings Wen (d. 1050 B.C.) and Wu (r. 1045-1043 B.C.), but also that during which Confucius (551-479 B.C.) lived. Much of his work has focused on archaeologically recovered textual materials from this period, from inscriptions on ritual bronze vessels cast during the first centuries of the first millennium B.C. through manuscripts written on bamboo and silk during the last centuries of the millennium. These manuscripts, which have been unearthed in breathtaking profusion during the last two or three decades, have come to absorb more and more of his attention. At the same time, he remains fascinated with the received literary tradition of the period, especially the three classics: Zhou Yi or Zhou Changes (Better known in the West as the I Ching or Classic of Changes), Shang shu or Exalted Scriptures (also known as the Shu jing or Classic of History) and Shi jing or Classic of Poetry. Professor Shaughnessy finds it most rewarding when it proves possible to use these archaeological materials to explicate the classics, and vice versa.

Within this general scholarly agenda, Professor Shaughnessy has found himself returning over and over again to the Zhou Changes, the subject of his Ph.D. dissertation (1983). Although he has never published the dissertation itself, he has published translations and studies of several manuscripts of the text that have been unearthed in recent decades. He has recently completed a comprehensive study of how the text was first composed and how it was used and understood before the time of Confucius, and how it was transformed after that time from a more or less simple divination manual into China’s most important book of wisdom.

An important aspect of his scholarly work has been his attempt to bridge western and Chinese traditions of scholarship. To this end, he has written most of his technical scholarship in Chinese, having published seven volumes of essays in Chinese, as well as three other books devoted to specialized topics. For instance, in 2018, he published a 650-page book entitled Xiguan Han ji: Xifang Hanxue chutu wenxian yanjiu gaiyao 西觀漢記：西方漢學出土文獻研究概要 (Chinese annals in the Western observatory: An overview of Western Sinologists’ studies of Chinese excavated documents), which—as the title suggests—provides an overview of western studies of Chinese paleography, including especially scholarship devoted to oracle-bone and bronze inscriptions as well as that on manuscripts written on bamboo and silk. Ironically enough, after publishing this book in Chinese, he was persuaded to produce an English translation of it, which was published in the autumn of 2019. He also serves as co-editor, together with colleagues at Wuhan University in China, of a journal entitled Bamboo and Silk, which publishes primarily English-language translations of articles originally published in Chinese.

Videos of various public lectures are available. For instance, in June, 2013, he has delivered a series of lectures at the College de France entitled “Unearthing the Chinese Classics” (Zhou Yi, Shang shu, Shi jing, Laozi), which are available on their website. 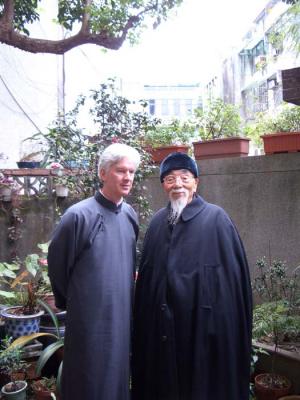 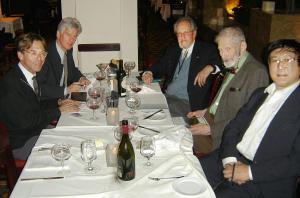 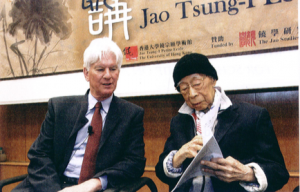