Judith Zeitlin 蔡九迪 began studying Chinese language and literature out of intellectual curiosity back in the late 1970s, and this sense of adventure, of exploring new worlds and new possibilities, continues to fuel her research and animate her many collaborations with scholars, students, and artists. A specialist by trade in the classical tale and drama of the late Ming-early Qing period (roughly mid 16th-mid 18th centuries) and a self-proclaimed “ghostologist” (someone who studies ghosts), she has found herself roaming far afield, both backwards and forwards in time and space. In particular, her passion for opera, theater, and music (Chinese and European varieties) has led her in unexpected directions and is a major force in her current research, teaching, and creative projects.  Her latest book on voice, text, and instrument in the culture of musical entertainment in early modern China is nearing completion. These are subjects she has been working on for many years. The Voice as Something More: Essays Toward Materiality (University of Chicago Press, 2019), her most recent published book, co-edited with her colleague Martha Feldman in Music, grew out of an interdisciplinary faculty seminar supported by the Neubauer Collegium for Culture and Society on campus. Professor Zeitlin particularly loves the enigmatic photo she found for the cover (see picture #1), a self-portrait taken by the photographer Jin Shisheng 金石声 in 1939 or 1940 in Darmstadt, Germany. In the preface, she reads this photo as framing the voice as an ambiguous object that always threatens to elude our grasp even when located within specific historical, biographical, technological, and cultural contexts. Her essay in the volume, “From the Natural to the Instrumental,” tackles a basic but enormous question that plagued her throughout the Neubauer Seminar: “How was the human voice conceptualized and defined in China before the advent of the modern era?” Given that the voice never developed the figurative baggage of signifying individuality, style, collective will, and agency that it does in English and other European languages, she went after the physical, sounding voice.  Arguing that it was only at specific moments and for specific purposes that the voice was disentangled from a matrix of undifferentiated sound in Chinese discourse and theorized, the essay proposes several key indigenous models that do so, ranging all the way from the 5th century BCE to the 18th century CE.

This essay is a bit of an outlier for her because her favorite kind of scholarship is the case study, where in Sherlock Holmes fashion, she follows the clues to crack the code of a single enigmatic object, person, or problem. These include books, such as the Three Wives’ Commentary to The Peony Pavilion, supposedly written by three consecutive wives of the same man; literary genres, such as ruined poems written on walls or the medical case histories of Sun Yikui 孙一奎, a garrulous sixteenth-century physician; and material objects, such as “Little Thunderclap” 小忽雷 , a rare Tang dynasty stringed instrument that belonged to the famous early Qing writer Kong Shangren 孔尚任 and inspired his first play.

One unsolved mystery that has obsessed her for nearly a decade is the identity and provenance of an ornate ivory-clad Ming dynasty pipa in the Metropolitan Museum of Art.  In addition to deciphering the myriad figurative images decorating its surfaces and attempting to contextualize the instrument within multiple historical frameworks, she has pursued alternative ways of engaging with this extraordinary object: First, displaying it in Performing Images: Opera in Chinese Visual Culture, an exhibition that she co-curated with Yuhang Li 李雨杭 (Ph.D. University of Chicago, 2011) at the Smart Museum of Art in 2014; and commissioning a solo pipa piece inspired by it from the composer Yao Chen 姚晨 (Ph.D. University of Chicago, 2012). Called Pipa Plays Opera 琵琶弹戏, it premiered at the Smart in 2014.  A recording of this work performed live in Suzhou in 2019 as a full-fledged chamber opera for pipa and Kunqu singers, has recently been released on DVD with Professor Zeitlin as academic consultant and co-producer (see pictures #2 and #3).

With the support of the Gray Center for Art and Inquiry on campus in 2018,  Professor Zeitlin and Yao Chen have also been working on a European-style opera together, with Professor Zeitlin writing the libretto and Yao Chen composing the music. Entitled Ghost Village, it is based on a moving tale from Pu Songling’s seventeeth-century masterpiece Strange Tales from a Chinese Studio (聊斋志异).  Read an interview with them about the project and successive drafts of a fragment from the libretto in the Spring 2019 issue of Portable Gray here.

For 2021-2022, Professor Zeitlin is particularly excited about a new collaborative project she is involved with called “Reimagining the Ballet des Porcelains,” which resonates with her long term research on animating the inanimate in Chinese material, visual, and theatrical culture. Spearheaded by NYU art historian Meredith Martin and choreographer and Asian-American activist Phil Chan, this contemporary spin on an 18th century French pantomime ballet, originally inspired by the European mania for collecting Chinese porcelain, will be performed on campus during the first week of March. It will be the capstone of her winter course “The Cultural Biography of Things in China.” She is also looking forward to a Center for Interdisciplinary Innovation seminar she’s co-teaching in the spring with historian Susan Burns called “Medical Knowledge in Early Modern Japan and China.”

Judith Zeitlin is William R. Kenan, Jr. Professor in the Department of East Asian Languages and Civilizations and the Committee on Theater and Performance Studies at the University of Chicago. 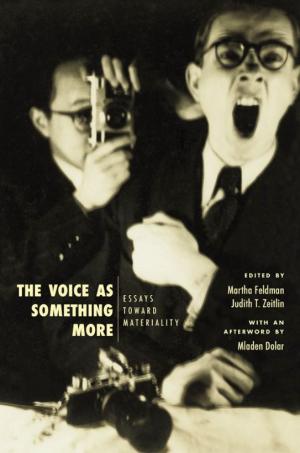 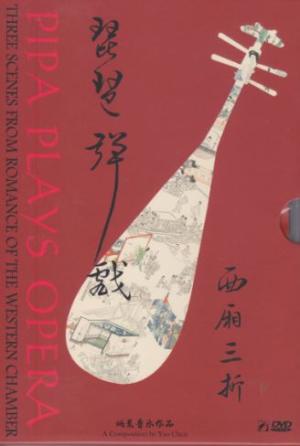 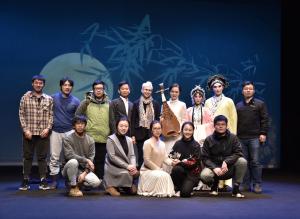