How might thinking with social, environmental, and technological phenomena in Japan generate new conceptual insights for reimagining the relationship between technology, nature, and collective life?  Michael Fisch pursues this question through an interdisciplinary approach that brings together sociocultural anthropology, Japan studies, media studies, and science and technology studies. In so doing, his research elaborates the novel ways in which instantiations of collective formed within techno-ecologies challenge fundamental preconceptions in both Eastern and Western thought concerning the relationship between nature and culture, individual and collective, and human and machine.

Two overarching goals have guided his research and writing. First, he has aimed to shift how technology is conceptualized and treated in anthropology. To this end, his work has synthesized questions and orientations from various fields toward articulating a critical ethnographic framework for human and machine interaction. This has been the foundation for his continuing research into the ethical qualities of technology and technological practice, with specific focus on environmental issues in Japan. Second, he has striven to develop a new direction in anthropology of Japan that will appeal to a broad academic audience. In this context, his work emphasizes the ways in which detailed ethnographic encounters with conditions in Japan challenges us to think differently.

His first book, Anthropology of the Machine: Tokyo’s Commuter Train Network is an analysis of the collective life formed in the interplay between human and machine within Tokyo’s vast and complex commuter train network. While anchored in anthropology, the text develops an interdisciplinary theoretical orientation to explore how the experiences and practices produced within the train network encourage us to question received frameworks of thought as well as ethics and ontologies of technological mediation. As such, the work treats Tokyo’s commuter train network both as an articulation of specific sociohistorical relations between humans and machines and as a general expression of a current but also potential condition of collective life. The weight of analysis falls on the latter, as it addresses not only what collective life has become but, moreover, what it can become under contemporary conditions of media and technology. Professor Fisch’s treatment of the commuter train network is thus simultaneously critical and hopeful.

Professor Fisch’s current research builds on themes that emerged in the book concerning the relationship between nature, technological innovation, and social change. It explores the development of what he calls “experimental ecologies” in Japan in the aftermath of 3.11. Experimental ecologies encompass attempts among environmental activists, scientists, engineers, and environmental designers in Japan to design new and open-ended ecological systems toward the creation of environments that will foster, in turn, new modes of being and thinking with technology and nature. Experimental in this regard corresponds with the understanding of experiment as developed in science and technology studies literature: as a dynamic and performative process that aims to produce new knowledge alongside new ontological possibilities. Experimental ecologies are not about a return to an idealized prelapsarian form of pristine nature but rather about fusing traditional stewardship practices with emerging technologies into innovative forms of environmental design that can enfold and remediate the residual effects of industry’s concrete and toxic legacy.

For the 2021-2022 academic year, Professor Fisch will be on research leave with a Fellowship from NEH and Fulbright. He will be located in Sendai and affiliated with Tohoku University while doing fieldwork along the northeastern coast of Japan.

Michael Fisch is Associate Professor of Anthropology and of the Social Sciences in the College at the University of Chicago. 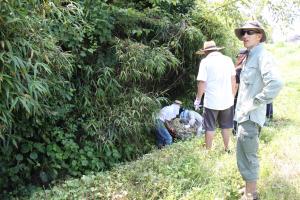 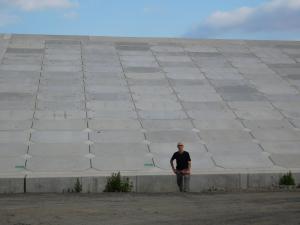 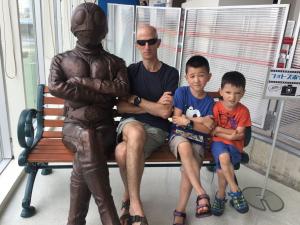