Fantastic creatures in China and Japan: Connecting with the past through ordinary objects

Trained in classical Chinese philology and text criticism, Professor Donald Harper is drawn to texts and topics that shed light on popular culture, not just the fine literature of the privileged classes. Nothing is more intriguing to him than ancient and medieval Chinese manuscripts that have come to light since the twentieth century—written on bound slips of bamboo or wood, silk sheets, and paper—sometimes looted or, ideally, archaeologically excavated.  He notes that he is especially interested when the writing on them is connected to the everyday. In contrast to philosophical literature or belles lettres, we can detect the affect of writing and manuscripts on how people lived. At the same time, other contemporaneous artifacts—modern discoveries (again, some looted and some archaeologically excavated)—work synergistically with manuscripts to give us a vivid image of human experience.

Professor Harper recently wrote an article about demons in medieval China that brought all of these elements together, including a Japanese tie-in from a millennium later. Between the fourth and tenth centuries, Baize—the Chinese name means “White Marsh”— was a popular fantastic creature, capable of human speech, that served humankind as “protector spirit” from demons and weird happenings in the course of daily life. One product of the White Marsh legend was a book of demons with simple magical remedies, such as shouting the demon’s proper name or throwing objects (shoes, ashes, feces, etc.). The book was called “White Marsh Diagrams”; the word tu referred to “diagrams” (plural) of demons and weird happenings. Another product was the “diagram” (singular) of White Marsh; the “White Marsh Diagram” was the creature’s own image hung in the home to keep everyone safe from harm.

In 1900 a fragmentary manuscript of the “White Marsh Diagrams” was found with a cache of medieval manuscripts and artifacts in a cave at Dunhuang, Gansu Province, part of a complex of caves fashioned into places of worship in medieval Buddhism along the route between China and lands to the west (the manuscript cave was sealed in the early eleventh century until opened in 1900). In 1908, the French sinologist, Paul Pelliot, went to Dunhuang, and the “White Marsh Diagrams” was among the many manuscripts he acquired for the Bibliothèque nationale de France.

What did White Marsh look like? In China, no text described its appearance, and among depictions of fantastic creatures in surviving paintings, murals, and artifacts, none was identified as White Marsh. As it happens, the custom of hanging the image of White Marsh in the home was transferred to Japan, and Hakutaku (in Japanese pronunciation) took on a new cultural identity. A conventionalized form of the “White Marsh Diagram” inscribed with home-use demonological information became especially popular in Japan in the eighteenth and nineteenth centuries. Surviving examples include inexpensive woodblock prints from pilgrimage sites (mass produced for pilgrims and tourists) and more elegant hand copies with painted White Marsh image and calligraphy.

The conventionalized Japanese Hakutaku/White Marsh image is essentially a cow, but with three eyes on its face and faces on either flank; that is, a three-faced, nine-eyed, six-horned creature. The cow iconography is the key to Professor Harper's identification of the medieval Chinese White Marsh image in a painting from the same Dunhuang cave as the “White Marsh Diagrams” manuscript (the painting was removed from Dunhuang to the British Museum in 1907), and he identified the Dunhuang painting as the only known Chinese example of the “White Marsh Diagram” (a kneeling cow, with lion head and dragon scales, in the act of speaking to a scribe who records White Marsh’s words).

Professor Harper began his research on White Marsh in the 1980s, slowly gathering information and pursuing clues. Just before finishing the article in spring 2019, he saw on the web that a Tokyo antiquarian bookstore was selling an eighteenth century Japanese hand-copy of the “White Marsh Diagram” made by a monk in Edo (today’s Tokyo). It is a duplicate of the “White Marsh Diagram” that he saw in the 1990s in a museum of traditional Japanese medicine outside Nagoya—proof that hand-copies, too, were made in multiple in response to popular demand. Professor Harper used his Center for East Asian Studies (CEAS) faculty research account to make the purchase, and donated the “White Marsh Diagram” to the University of Chicago Smart Museum on behalf of CEAS. So, anyone looking into East Asian popular culture will find a unique item with an interesting history at the University of Chicago.

Donald Harper is Centennial Professor of Chinese Studies, in East Asian Languages and Civilizations and the College at the University of Chicago. 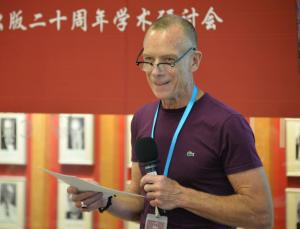 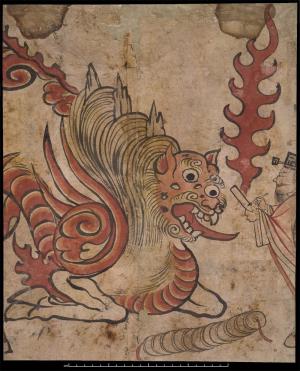 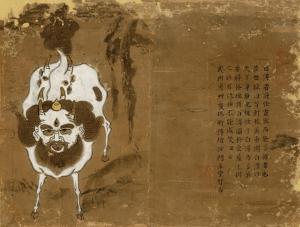