The Center for East Asian Studies completed the “The Impact of the Digital on Japanese Studies” workshop on November 12th. The second and final day of the event included speakers from the University of California, Berkeley, the National Institute for Japanese Language and Linguistics, and two University of Chicago faculty. These speakers tackled topics such as data collection, the conversion of print materials into digital resources, and the recording of non-traditional digital materials such as Twitter novels and self-published books.

Additionally, the discussion session following the formal presentations allowed the scholars to discuss and debate (in both English and Japanese) the nuances of digitalization in Japanese studies. University of Chicago’s Associate Professor of Japanese Literature Hoyt Long described one of these issues as a “bottleneck of digitalization” and expressed frustration concerning the reduced speed and efficiency regarding digitalization in the face of linguistic barriers.

One issue the workshop was able to overcome was reduced information visibility as the participating scholars offered aid, research, and contacts to each other following each presentation. Associate Professor of History at the University of Chicago Susan Burns shared her own population density maps of early 20th century Tokyo (initially created to study the placement of hospitals and leprosy treatment centers) to other scholars studying the time period.

The event concluded with a discussion led by Professor Long and the decision to create a mutual database for the participants to share information and raw research. Long received support from the University of Chicago’s East Asian Collections library staff, who suggested collaboration between university faculty and library staff to gain access to Japanese copyrighted and otherwise inaccessible material. 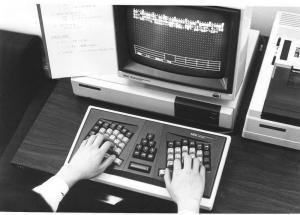